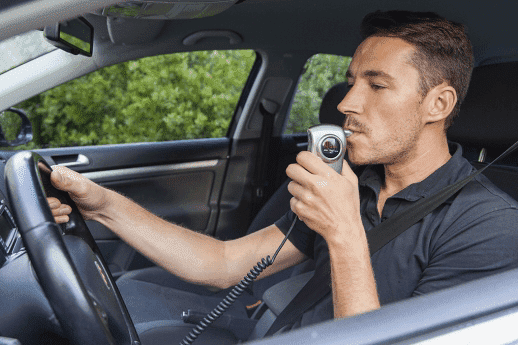 Many people are pulled over for one reason or another, and once the stopping officer has a chance to interact with the driver, the officer decides to evaluate the driver based on a suspicion that the driver is driving under the influence of drugs or alcohol. The driver might smell like alcohol, or there may be empty alcohol containers in the vehicle. Whatever the case may be, the police officer may ask the driver to exit the vehicle, and submit to field sobriety testing, or a breathalyzer test.

The breathalyzer test is often the police’s DUI test of choice because the handheld device can analyze a driver’s breath sample on the spot and generate a determination of the driver’s blood alcohol content based on the amount of alcohol that is present in the driver’s breath sample. When a driver blows a 0.08 or higher, law enforcement can arrest the driver for DUI, meaning that by the driver blowing a 0.08 reading or higher on the breathalyzer, it is presumed that the driver is too intoxicated to drive safely. Law enforcement can also make an arrest for DUI when a driver blows less than a 0.08, if they deem the driver to be too impaired to operate a vehicle.

You can refuse to take a breathalyzer test, but there are consequences for doing so. Many drivers submit to the breath test rather than face the consequences of refusal. But once the driver blows a 0.08 or higher, the police will make an arrest for DUI. What can you do after you are arrested for DUI?

If you blow over the legal limit and you are arrested for DUI, it is important that you contact an experienced Athens, Georgia DUI defense lawyer as soon as possible after your arrest. Many lawyers, such as those at the Law Offices of J. Lee Webb, offer free initial case evaluations, which can give you a better idea of how serious your situation is.

Enter A Plea or Fight The Charges

An experienced DUI criminal defense lawyer will also help you understand what options you have regarding your DUI charges. Generally speaking, you have the option of entering a plea, or fighting the charges that have been levied against you. You can choose to plead guilty to your DUI, or nolo contendere or no contest, which means you do not admit guilt but you do accept conviction. Your other option is to fight the DUI charges that are pending against you. There could be many reasons to fight the DUI charges. For instance:

If you have blown a breathalyzer result that is higher than the legal limit, you need to reach out to an Athens DUI lawyer that can help. Contact the Law Offices of J. Lee Webb if you are facing DUI charges in Athens. J. Lee Webb is an experienced Georgia criminal defense lawyer who can help you fight the charges that you are facing. Contact the offices for a free case evaluation.