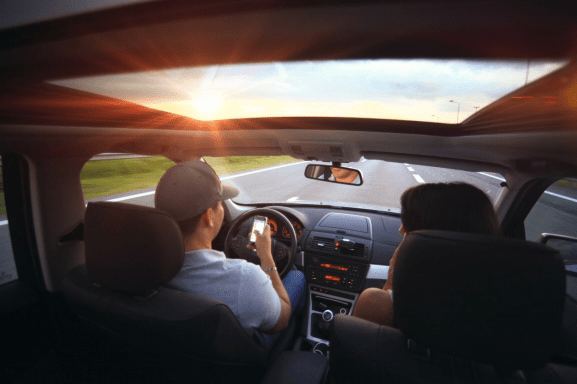 There are serious ramifications for getting pulled over while intoxicated in Georgia. To avoid DUI stops, many drivers limit their overall alcohol consumption, or rely on friends or taxi cabs to ensure they get home safely. There are occasions where you may feel confident that you could pass a field sobriety test if you were pulled over after having a few drinks, but passing a breathalyzer test is more difficult. At the Law Offices of J. Lee Webb, we are an Athens law firm that helps people who were pulled over for driving under the influence. Short of not drinking at all when you plan on being behind the wheel, how can a responsible driver tell when they have had too much? While breathalyzer devices for your Smartphone help gauge your breath alcohol content, relying on the information they provide is not guaranteed to keep you out of trouble.

A breathalyzer test works by using various technological components to measure the amount of alcohol in one’s breath. While there are variables that could give a misleading or somewhat inaccurate reading, these machines are relied upon by state police and local law enforcement officers, in addition to field sobriety tests, for determining whether a driver is guilty of driving under the influence.

Numerous companies have now developed a breathalyzer app for your smartphone, to be used as a tool to avoid the costly ramifications that result from getting pulled over while intoxicated. According to a 2015 New York Times report on smartphone breathalyzer tests, there are currently more than 100 different models available, generally priced with the $100 range. The devices consist of a nozzle you blow into which creates a chemical reaction that, combined with a cellphone app that factors in your sex, age, and weight, gives you a breath alcohol content reading. The report states that while some models did surprisingly well during testing with police grade devices, others failed to detect the presence of alcohol or were off in their readings by as much as one percent.

Getting Pulled Over While Intoxicated

Despite the fact that some smartphone breathalyzers tests have the potential to produce fairly accurate results, they will not prevent you from getting in trouble in the event of a DUI stop. Most companies recommend waiting at least 20 minutes after your last drink for the best results, which means that any initial reading you get could be significantly different than what it would be if are pulled over. Even with your own testing, the results would not be allowed in court. Under the Georgia Motor Vehicle Code, driver consent for blood alcohol content or breathalyzer tests is implied, meaning you would still be required to submit to official testing.

How The Law Offices Of J. Lee Webb Can Help

If you are facing charges as the result of being pulled over while intoxicated, criminal defense attorney Jerry Lee Webb is here to help. We provide a strong legal defense to help avoid costly fines and penalties associated with DUI charges.